Feline arterial thromboembolism (FATE) is an unfortunate complication in those cats with underlying cardiomyopathy.  The most common form of heart muscle disease diagnosed in the cat is called hypertrophic cardiomyopathy (HCM) but there are other less common types of feline cardiomyopathies such as restrictive and dilated which can result in FATE.  Although the underlying etiology of each cardiomyopathy is different, they all can have similar sequela.  Generally, cardiomyopathy in the cat leads to diastolic dysfunction – this refers to a relaxation abnormality of the heart muscle.  As cardiomyopathy in cats tends to involve the left ventricle, diastolic dysfunction over time will result in left atrial enlargement.  When the left atrium becomes enlarged, there is stasis of blood flow within this chamber which is a precursor to a clot forming.  Studies have also shown that cats with cardiomyopathy may have platelets that are more likely to stick together, which represents the initial step in clot formation in the first place.   The combination of all these factors increases the risk for a clot forming within the left atrium.  Unfortunately, these clots rarely remain in place and typically portions or the whole clot can break free and move out of the heart (embolize).  Large clots can obstruct blood flow and can result in sudden death in some cats.  The clots will typically embolize down the aorta and lodge at the terminal portion of the aorta at the level of the hind limbs.  This is called the aortic trifurcation and is why some people will refer to this type of clot as a “saddle thrombus”.  When this occurs, there is occlusion of blood flow to the hind limbs.  Other less common locations for thromboembolism include the forelimbs, the kidneys, the heart muscle itself and the brain.

To further complicate the physical obstruction, there are factors which are released from both the clot and the obstructed blood vessel that leads to occlusion of the collateral circulation.  Collateral circulation is important to try to maintain some perfusion to the hind limbs and when it becomes impaired, more significant clinical signs are noted.  Cats who have FATE generally present with acute paralysis of their hind limbs.  The limbs will be cold and painful to the touch and the nail beds will look cyanotic.  In some cats, the stress of FATE will decompensate their cardiomyopathy leading to development of acute congestive heart failure (CHF).  CHF in cats often is characterized by fluid build-up in the lungs (pulmonary edema) or outside the lungs (pleural effusion) leading to sudden respiratory difficulty.  As cardiomyopathy can be silent and have no obvious clinical signs, it has been reported that an episode of FATE can sometimes be the first manifestation of heart disease in a cat who previously showed no clinical signs.

Treatment is mainly supportive and typical entails pain medication, supportive care, and treatment of complications such as CHF and electrolyte derangements and prevent further extension of the clot.  An electrolyte called potassium can build up in the poorly perfused limbs to dangerous levels so when blood flow is restored, there is a significant amount of potassium which enters the body circulation which can lead to dangerous arrhythmias and a risk for sudden death.  Therefore, trending potassium levels in a cat being treated for FATE is very important.  Managing CHF can be challenging as the use of diuretics to resolve fluid congestion can impair further blood flow to the affected limbs.

Thrombolytic therapy (medications to actively break down the clot) are not routinely used in cats with FATE as they have been associated with high mortality rates when compared to other treatments.  For cats with an acute FATE, clopidogrel (a platelet inhibitor) is generally selected.  It has been shown to be superior to aspirin in cats to reduce risk for repeat thrombus formation.  Heparins may also be used (an anti-coagulant) in the acute crisis.  These therapies are designed to prevent the clot from growing while there is time for the body to break down the clot slowly.  Surgery to remove the clot in affected cats is also not recommended as this has been associated with significant mortality. 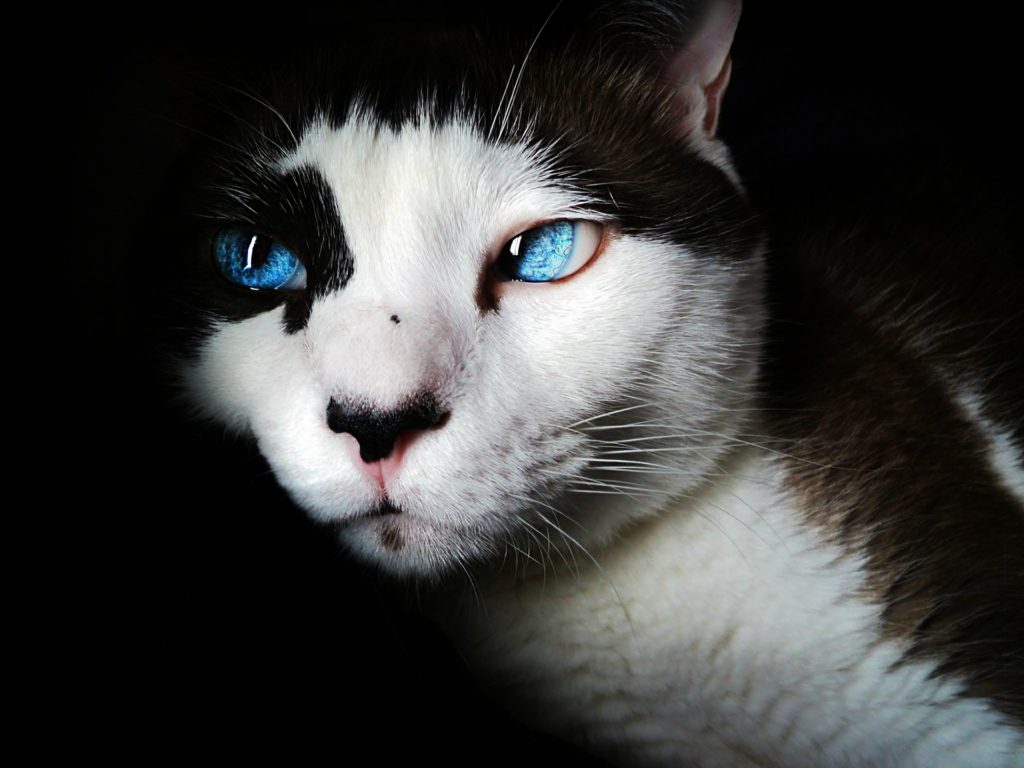 Possible complications with treatment may include necrosis (gangrenous) of the hind limb with self-mutilation, organ infarction, organ failure, cardiac arrhythmias and repeated thromboembolic events.  In some cats, the clot will continue to grow and affect blood flow to other parts of the body, typically the kidneys.  This can lead to acute renal failure in a cat being treated for FATE.  This is associated with a grave prognosis.

It is estimated that as many as 17% of cats with underlying cardiomyopathy will experience FATE – the mortality rates to date have been very high in affected cats and have been reported at 61-67%.  For those cats that are treated aggressively in hospital, survival to discharge has been reported at 33-50% with a high likelihood of recurrence of an embolic event within several months of discharge. For this reason and given the level of pain in affected cats, some owners may elect for humane euthanasia as opposed to pursuing in-hospital treatment.  Other negative prognostic indicators that suggest an unfavorable response to therapy for FATE is presence of CHF at the time of diagnosis, a low rectal temperature, and when there are two or more limbs affected.  If treatment is pursued, a lack of improvement after 48 hours is associated with a poor outcome.  In some cases, only a single limb will be affected and the affected cat may not have significant signs.  Treatment is warranted in these patients who are less severely affected – they remain at risk for future thromboembolic events.  Long term management following an episode of FATE is chronic use of clopidogrel which may be combined with other treatments, such as a low molecular weight heparin which is given by subcutaneous injection.  Early recognition of a risk for clot formation and initiation of anti-platelet therapy may be the best treatment by reducing risk for an episode of FATE in the first place.