Currently, it is unclear what causes the disease in the dog.  It typically affects older small breed dogs like the Shih Tzu, Miniature and Toy Poodle, Pomeranian, Chihuahua, Spaniel and Terrier breeds, Dachshund and Cavalier King Charles Spaniels.  The disease is very common within the Cavalier breed and it is estimated that about 90% of Cavaliers over the age of 10 years will have mitral valve disease.  It can also affect some larger breed dogs like the Doberman Pincher, Dalmatian, Shepherd and some Retriever breeds.

Many small breed geriatric dogs will have heart murmurs related to mitral valve disease, and some of these dogs may live their entire natural lifespan without developing clinical signs related to heart disease.  However, some dogs will progress to being symptomatic, due to the development of congestion (fluid, or pulmonary edema) within their lungs.  We call this congestive heart failure (CHF).  This build-up of fluid causes breathing difficulties, coughing, restless sleeping habits, lethargy, exercise intolerance and reduced appetite.  If left untreated, affected animals can die of CHF.  Typically, the asymptomatic phase of mitral valve disease can last anywhere from 3-6 years before animals become symptomatic, if they ever become symptomatic for their heart disease at all.  If a dog develops CHF, average survival times of 1-2 years have been noted.

For asymptomatic dogs, there has been recent evidence that a medication called Vetmedin can slow and alter the progression of mitral valve disease.  In a large prospective and placebo-controlled study (EPIC Study), dogs with moderate mitral valve disease who were treated with Vetmedin took longer to develop evidence of congestive heart failure compared to the control group who received the placebo.  Not all dogs with heart murmurs should be treated with Vetmedin – it is important that a thorough cardiac evaluation with an echocardiogram be performed to determine if therapy with Vetmedin is indicated.  Dogs with no heart enlargement and those with only mild heart enlargement should not be treated with Vetmedin. 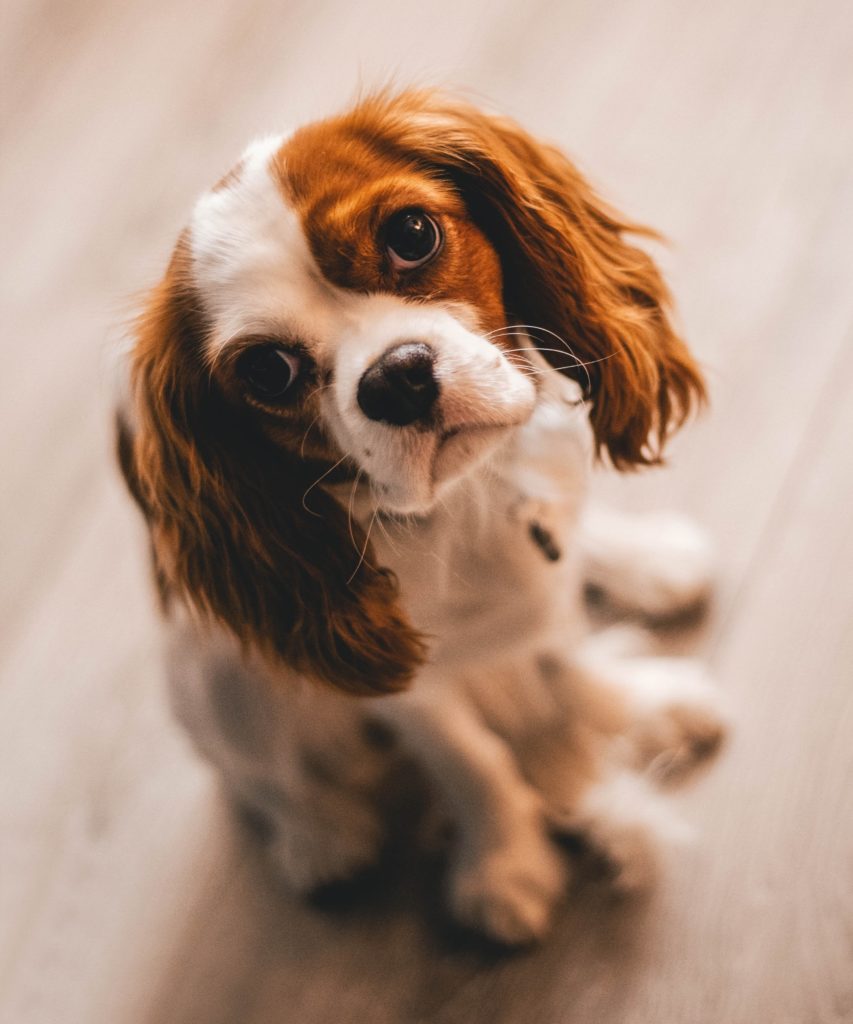 Dogs with mitral valve disease should have periodic blood pressure measurements as hypertension can exacerbate the severity of mitral regurgitation.  If hypertension is noted, appropriate medical therapy is warranted.  Once CHF develops, therapy is instituted in all patients at that time consisting of diuretics, ACE inhibitors and Vetmedin.  Some dogs may also benefit from a diet modification (reduced sodium) once in CHF.  In people, mitral valve disease is a surgical condition whereby the leaky valve is repaired.  In recent years, there are veterinary surgeons who have successfully repaired the affected mitral valve in dogs with good success and therefore improved both the quality and length of lives of these dogs.  Unfortunately, this surgery is technically challenging (requires cardiopulmonary bypass) and expensive and only a handful of institutions around the world are offering this type of surgery in dogs.

An echocardiogram in a dog with severe mitral valve disease.  The mitral valve leaflets are very thickened and irregular and do not close completely.  There is significant dilation of the left atrium (LA) and left ventricle (LV) in this patient.