Syncope is the medical term to describe fainting, a transient loss of consciousness.  In syncopal animals, a cardiac evaluation is recommended to determine the cause and treatments required to minimize or arrest future episodes of syncope.  Syncope in animals must be differentiated from a seizure as both can look similar.  During a syncopal event, animals can collapse, vocalize, urinate and defecate, paddle their limbs (likely because they are trying to stand back up).  There are several tell-tale differences between syncope and seizures that a veterinarian will evaluate to ensure that a cardiac evaluation (and not a neurologic work-up) is appropriate.  One of the most significant differentiators is how quickly an animal recovers.  After syncope, recovery should be rapid with return to normalcy (often within seconds to a minute) whereas with seizures many animals will have a post-ictal phase that can last minutes to hours where an animal has not returned to normal.  Some veterinarians will use the presence of hypersalivation (drooling) to differentiate as well as animals with seizures will often hypersalivate whereas with syncope they will not.  Some owners will attempt to video an event to show their veterinarian, but it can be challenging (and stressful!) to video when your pet is having such an event.

There are many causes of syncope in animals.  In all the underlying causes, the underlying problem is a reduction of blood flow to the brain which limits the delivery of oxygen and essential nutrients like sugar.  As there are many potential causes, grouping causes into groups can be helpful.  These first two groups likely represent most causes of syncope diagnosed in animals.

The second group relates to irregular heart rhythms (arrhythmias) which may cause the heart to suddenly beat too slowly (bradycardia) or too fast (tachycardia).  It is the rapid change in heart rate which interrupts blood flow to the brain.

The third group relates to cardiac shunting, typically a right to left shunt.  This is where deoxygenated blood that is destined to travel to the lungs, shunts to the systemic circulation (where blood should be oxygen rich) leading to tissue hypoxia.  Chronically, right to left shunting results in polycythemia (an increase in number of red blood cells) as a result of this hypoxia making the blood very thick, which further exacerbates tissue hypoxia.  This would be more likely noted in a younger animal as a result of congenital cardiac disease.

The fourth group relates changes in volume status and blood pressure or metabolic disorders.  Patients who are severely dehydrated or hypotensive (drug induced from anti-hypertensive medications for example) can experience syncope.  There have been reports of dogs with Addison’s disease (hypoadrenocorticism where cortisol levels are very low) who were predisposed to syncope as a result of hypovolemia.  Animals who are hypoglycemic (low blood sugar) can at risk for syncope – this may be more likely in a young animal or an animal being treated for Diabetes who receives too much insulin.

The final group is what is referred to as vasovagal syncope, but other terms have been used to describe this group – neutrally mediated syncope, neurocardiogenic syncope and reflex syncope.  This group is a diagnosis of exclusion.  Generally in animals, this form of syncope may be associated with a sudden sympathetic (adrenaline) surge then withdrawal with a marked vagal surge which leads to vasodilation (and hypotension) and sometimes bradycardia.  It is often associated with a sympathetic event such as excitement, but it can also be associated with vagal events such as coughing (tussive induced syncope or cough and drop syndrome), urination, defecation, vomiting and retching. 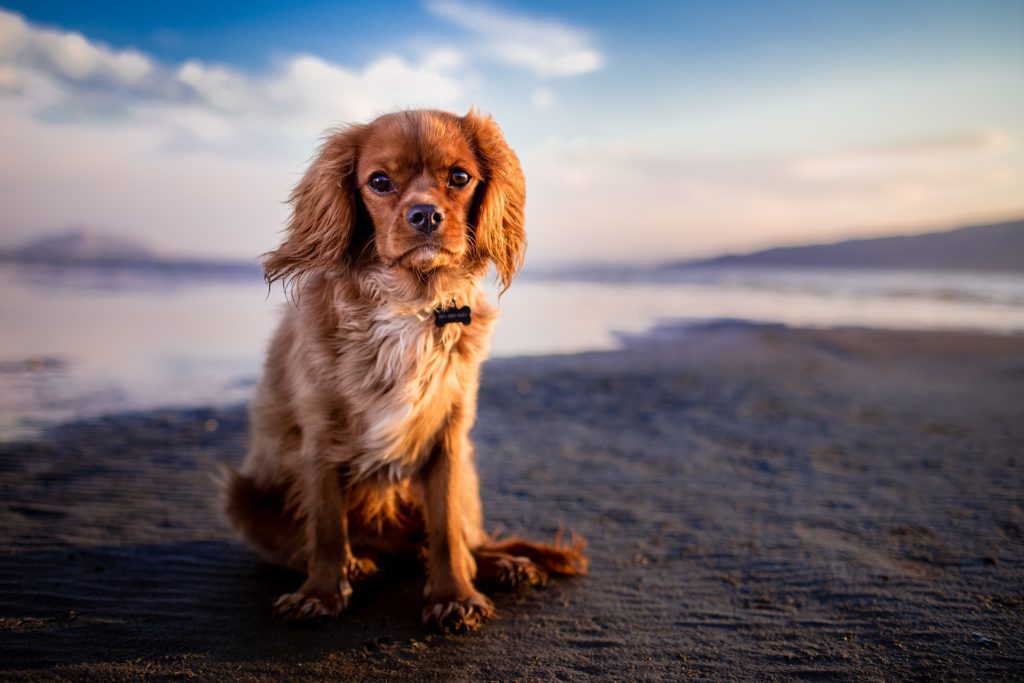 Syncope can be a diagnostic challenge as animals cannot speak and tell us how they were feeling leading up to a syncopal event.  Therefore, veterinarians need to scrutinize the history and carefully examine pets with a history of syncope to determine potential causes, but many patients will require more advanced cardiac testing to elucidate the cause.  Generally, animals with a history of syncope will have an echocardiogram performed to evaluate for structural cardiac diseases as the first step.  Should this fail to reveal an overt cause, then generally an evaluation for rhythm disturbances is pursued.   An in-hospital electrocardiogram (ECG) typically lacks sensitivity to detect a cause.  Therefore, ambulatory ECGs (Holter and event monitors) are recommended.  This is a small device that is worn to record every heart beat in a 24-hour window.  They can then help determine if an arrhythmia is present and what treatment should be instituted.  As some arrhythmias are intermittent, a 24 or 48-hour rhythm (Holter) analysis may not be sufficient.  In these cases, an event monitor can be pursued.  This is like a Holter but is worn for several days to a week or more.  East Coast Veterinary Cardiology can offer both tests when indicated. Event monitors do rely upon owners witnessing the event so they may trigger the device to store the rhythm data at that time.

If no structural cardiac diseases or arrhythmias are found, then further evaluation including complete bloodwork (if not already performed) is warranted.  Some animals may benefit from an abdominal ultrasound to evaluate for potential extra-cardiac illnesses that could be responsible for syncope.

A digital Holter monitor (ambulatory ECG) to detect intermittent arrhythmias in animals but also useful in animals with episodic syncope.