Systemic hypertension in animals refers to high blood pressure in the systemic arteries.  Like in humans, systemic hypertension can be present without significant clinical signs.  However, long standing hypertension can lead to injury to various organs in the body including the eye, heart, kidneys and brain.  When the eye is affected, hypertension will cause hemorrhage of the small blood vessels of the retina with a risk for retinal detachment.  When this occurs, animals will become acutely blind and owners may note that their pet is suddenly walking into objects and their pupils are dilated and not responsive to light.  When there is injury to the brain (encephalopathic stroke), affected animals may develop acute neurologic deficits including seizures.  When the heart is involved, there may be development of thickening of the heart muscle similar to an animal with hypertrophic cardiomyopathy.  Kidney injury as a result of systemic hypertension may result in elevations in renal values, loss of protein into the urine (proteinuria) with signs of weight loss, poor appetite, increased thirst and urination and an unkempt appearance.

Hypertension in the dog and cat is often secondary to some other systemic disease process.  Majority of animals may suffer from chronic renal (kidney) disease and hyperthyroidism (cats).  Other causes of hypertension can include primary hyperaldosteronism, Cushing’s disease and a type of adrenal tumor called a pheochromocytoma.  Obesity and Diabetes are a rare cause for hypertension in animals (unlike people).  In some animals, no underlying cause is found and hypertension is classified as idiopathic.  It is important to note that some medications can cause hypertension such as steroids and some of the urinary incontinence therapies used in animals.

Diagnosis of hypertension in animals is by measuring blood pressure – there are several non-invasive methods of pressure measurement including Doppler and oscillometric methods.  Doppler is generally preferred for smaller animals and cats.  The normal blood pressure in animals has been reported at 150 mmHg +/- 25 mmHg.  Like humans, stress can influence the measures significantly.  Once a diagnosis of hypertension is made, therapy is indicated.  Several medications may be used including ACE inhibitors (benazepril, enalapril), calcium channel blockers (amlodipine), angiotensin receptor blockers (telmisartan), beta blockers (atenolol) and alpha receptor blockers (prazosin, phenoxybenzamine).  Some animals may require more than one medication to manage their hypertension. 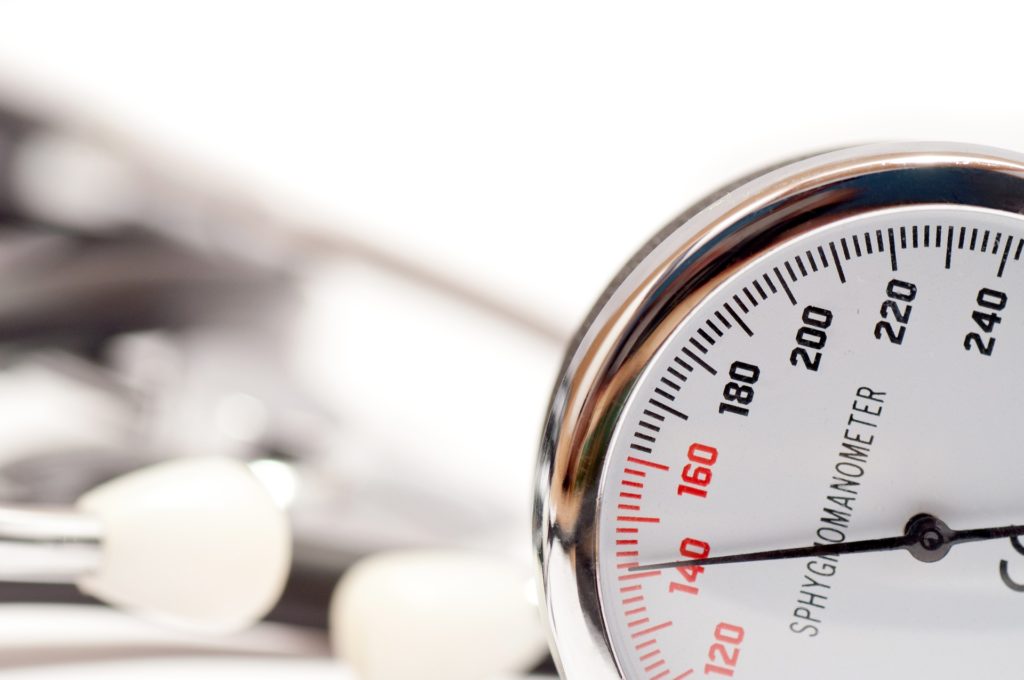